NORTH PLAINFIELD BOROUGH, NJ (Somerset County) – Crime Stoppers of Somerset County is offering a reward of up to $1,000 for information leading to the identification and arrest of the individual(s) responsible for the hit-and-run involving two pedestrians resulting in serious injuries which occurred on Halloween in North Plainfield Borough, according to Somerset County Prosecutor John P. McDonald.

On Monday, October 31, at 6:22 p.m., police responded to a hit-and-run motor vehicle accident involving two pedestrians that were struck while trick-or-treating at the intersection of Mountain Avenue and Jeffries Place, McDonald said.

North Plainfield officers and emergency medical personnel from the North Plainfield Fire Department encountered a 21-year-old female victim and a 7-year-old male victim who were both treated at the scene then later transported to an area trauma center for serious non-life-threatening injuries, McDonald said.

Detectives from the North Plainfield Police Department Detective Bureau and officers from the Traffic Unit responded to investigate.

The initial investigation revealed that witnesses described the suspect vehicle as possibly a gold or dark colored sedan that left the scene at a high rate of speed travelling west on Mountain Avenue, McDonald said.

Anyone with information relating to the hit and run to contact the Somerset County Prosecutors Office 908-231-7100 or the North Plainfield Police Department at 908-769-2937 or via the STOPit app. The STOPit app allows citizens to provide anonymous reports including videos and photos.

STOPit can be downloaded to your smart phone for free at the Google Play Store or Apple App Store, access code: SOMERSETNJ. Information can also be provided through the Somerset County Crime Stoppers’ Tip Line at 1-888-577-TIPS (8477). All anonymous STOPit reports, and Crime Stopper tips will be kept confidential. 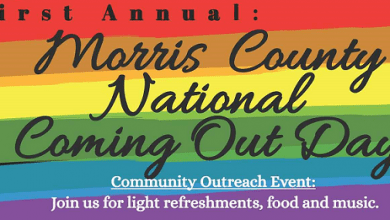