School funding is a driving factor in New Jersey’s exorbitant property taxes and the task force created by S-354 would study the effectiveness of the School Funding Reform Act of 2008 (SFRA) and provide recommendations for improvements.

“The state’s dubious funding formula controls the purse strings for school aid,” said Oroho (R-24). “The task force’s evaluation will help identify flaws and inconsistencies that contribute to funding imbalances. This will be an important step in improving the way taxpayer money is expended for education.”

Under the bipartisan bill, the task force will be directed to evaluate how school district adequacy budgets and local shares are determined; the methodology for measuring and weighing at-risk students with limited English proficiency; the weights applied to students in varying grade levels, as well as those applied to students enrolled in county vocational districts; and a multitude of other factors and considerations.

“The funding double standard resulting from the misguided SFRA has been a failure. Too many schools, especially in rural and suburban areas, are losing out on the money they deserve and desperately need,” Oroho said. “While certain districts have seen ever-increasing state aid, others have been subjected to millions of dollars of annual cuts forcing teacher and staff layoffs and reductions in educational services for students.”

In Oroho’s 24th Legislative District, 30 of 38 school districts lost school funding in the FY 2022 budget. The combined reduction of $7 million follows a $10.5 million loss the previous year. Since Murphy’s has been in office, Trenton has swiped $25 million from LD-24 schools.

In 2019, Senate Republicans released their “Every Child Counts” plan, which attempted to fix many of the inequities in SFRA.  Reforms in the plan, among other things, proposed fully funding extraordinary special education, making sure PILOT payments are appropriately calculated, eliminating the Geographic Cost Adjustment, and shifting other various weights and calculations to increase equity, improve education and lower property taxes.

Morris County woman charged with being under the influence and drug possession after traffic stop in Mount Olive Twp. 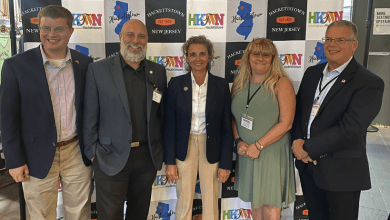