NEW JERSEY – Legislation to reimburse restaurants, bars and caterers that spent money on supplies in preparation for indoor dining’s return only to have that authorization rescinded was introduced in the Senate.

The bill, sponsored by Senate President Steve Sweeney, Senator Vin Gopal and Senator Anthony Bucco, would fund the reimbursements by appropriating $30 million to the Economic Development Authority from federal block grants allocated to the state from the CARES Act. The EDA would then provide direct financial support, by way of loans or grants, according to the bill.

“Many restaurant owners had already spent money they didn’t have, often on personal credit cards, to buy food, obtain PPE for staff, and renovate their dining rooms to serve customers safely,” Bucco (R-Morris/Somerset) said. “They incurred unnecessary losses through no fault of their own, in compliance with the governor’s orders, and deserve to be compensated through the $2 billion in federal financial aid that remains unspent by the State.”

Restaurants were set to reopen for indoor dining on July 2, but the authorization to return to business was later reversed by the Governor. Many restaurant owners said that they were out thousands of dollars due to the change.

“This false start severely affected the food establishments that hired additional staff and spent money on equipment in anticipation of reopening,” Sweeney (D-Gloucester/Salem/Cumberland) said. “These businesses are among the hardest hurt by the pandemic and they are at risk of permanently going out of business. This will help reimburse the restaurants, bars and catering businesses that have followed the rules to protect the public’s health but are now paying the price.”

“These are often small businesses that serve as anchors in their communities, support economic activity and contribute to the quality of life,” Gopal (D-Monmouth) said. “They support our communities without fail time and time again. Now we will extend a hand to lift them up at this critical time.” 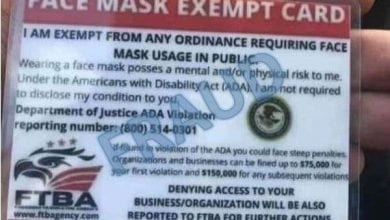