NEW JERSEY – Senator Anthony M. Bucco said there will never be a better time than right now for the State to invest in a modernization program to replace the decades-old computer systems that power unemployment and Motor Vehicle Commission (MVC) transactions.

“The State is awash in cash like never before and we have a clear memory of the unemployment system failures and long lines at the MVC that plagued New Jerseyans during the pandemic,” Bucco (R-25) said. “There will never be a better time than right now to invest in a technology modernization program to address these significant challenges. If we continue to kick the can down the road, the money will disappear and people will forget until the next emergency reminds us that these systems are still broken.”

Bucco has urged throughout the pandemic for more MVC services to be moved online and for an overhaul of the broken unemployment system. He penned an NJ.com editorial in February detailing the needs for the total overhaul of the computer systems.

Governor Murphy has said that modernizing the State’s broken information technology infrastructure would be a “waste” of money and amount to “throwing good money after bad.”

Bucco said the governor’s assessment is wrong and it’s worth the investment, especially when the Murphy administration is sitting on $11.5 billion of cash, including $6.5 billion of new federal relief funds and $5 billion of unexpected revenues recently announced by State Treasury officials.

“The cost to fix these long broken systems is a drop in the bucket compared to the $11 billion of extra cash Governor Murphy suddenly has available,” Bucco said. “The return on investment for New Jerseyans would be significant. With modern computer systems, people might not have to wait months for their unemployment claims to be processed or have to stand in long lines at the MVC ever again. It’s absolutely mind-boggling that Governor Murphy continues to oppose this.”

Funding for the proposed upgrades was included in a comprehensive balanced budget plan submitted earlier this week by Republican senators before the additional $5 billion in State revenues was announced. 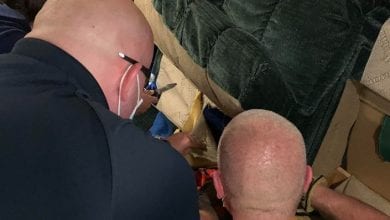