NEW JERSEY – Motorists lining up outside of facilities in the pre-dawn hours, no less than six sites closed due to COVID, and countless residents frustrated by a system that has let them down, is what New Jersey residents face at DMV facilities. This has become business as usual for New Jersey’s Motor Vehicle Commission.

“Not a day goes by that I don’t hear another horror story from a constituent who has been mistreated by a broken system,” Senator Anthony M. Bucco said. “It is painfully obvious that customer service is buried low on MVC’s list of priorities, and New Jersey residents deserve better.”

Bucco was contacted Wednesday morning by a resident who was texting in the dark outside an agency more than two hours before the facility would open its doors.

“While writing this note to you I sit in the dark by the moonlight at the DMV in Randolph on a line that wraps around the building with an air temp of 49 degrees,” the constituent said. The text went on to note the irony of the government requiring residents to congregate with hundreds of other people during a public health emergency.

“I don’t understand how Governor Murphy and his administration can allow this to happen. It is a disgraceful way to treat our citizens,” Bucco said. “We should have mobile facilities set up to safely service motorists renewing paperwork, and we should have an appointment system so people can schedule times to conduct business with MVC.

“You can order a Big Mac on your phone and have it delivered to your door, yet this state agency is mandating residents to wait in lines for hours, only to be given a number so they can come back later in the day and wait in another line.”

Bucco began sounding the alarm and warning of impending problems at MVC early in the pandemic. On May 7 and again on May 19, he wrote to NJMVC’s chief administrator, B. Susan Fulton.

“I suggest that you consider alternate ways to complete some of these services remotely in the interim. Perhaps you can consider what other states are doing in this area. Procedures such as on-line title transfers and issuing temporary licenses to new drivers under a protocol you develop to help lessen the anticipated overwhelming need when the agencies reopen,” Bucco wrote. “In an effort to lessen the anxiety of my constituents, I would respectfully request an overview of your plan for reopening.”

In the letters, he advised hiring more staff and transitioning more processes online. There has been no indication Bucco’s warnings were heeded, and the horror stories began unfolding in real life on July 7 as agencies reopened for the first time since March 15.

“It has been more than three months since MVC reopened, but the problems persist,” Bucco said. “The lines this morning in Randolph and at facilities across the state are the direct result of the failure to plan, adapt, and adjust by a bureaucracy that can’t seem to get out of its own way.

“I will continue to press the Governor’s Administration to fix the MVC and provide the level of service New Jerseyans expect in return for their hard-earned tax dollars.” 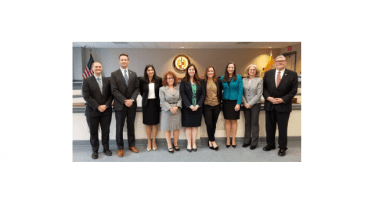