In a letter sent Friday, the Corrado asked the Transportation Commissioner to take proactive steps to calm traffic at the infamous “Kill Hill” before there is another tragic accident. The danger zone is located at the intersection of Route 23 and Windbeam Road.

“Residents and local leaders in the area have come to us with concerns about fully loaded dump trucks hurtling down the steep hill, out of control and unable to stop,” Corrado said. “It is a frightening situation that repeats too many times every week, placing drivers and residents in danger. We want the DOT to take a look at the situation and consider steps to improve safety.”

In spite of “low gear” warning signs at the top of the 6 percent grade, trucks loaded with 80,000 pounds of material gain momentum on the downgrade. There have been incidents of trucks roaring on to neighborhood streets to regain control, and lives have been lost in horrible accidents, Corrado said.

“Families shouldn’t have to live in fear of out-of-control construction vehicles plowing through their neighborhood,” Corrado said. “We are asking the Department of Transportation to bring some sanity to a local roadway that has become too dangerous to tolerate. Trucks speeding out of control is a recipe for disaster.”

The location has been known as “Kill Hill” since a local newspaper coined the reference in 2009. More than 100 accidents have been reported on the short stretch of Route 23 – a little less than a mile long – in the last few years alone, Corrado said.

“Even in clear weather, the steep 6 percent grade of the hill contributes to dangerous conditions. In spite of signage warning truckers to use low gears, too many dump trucks are out of control as they hurtle past family cars and neighborhood homes,” the letter read.

Corrado expressed support for extending a guardrail that runs along Route 23 to safeguard residents of the Evans Road neighborhood, a possible solution proposed by community groups.

The letter also suggested a meeting between Department of Transportation leaders and local officials to discuss the traffic concerns and possible remedies.

“We urge the Department of Transportation to take proactive preventative safety measures rather than waiting for another preventable tragedy at bottom of the hill,” the letter concluded. 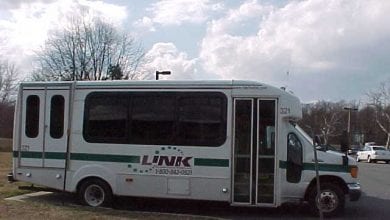 Coppertone recalling select sunscreens due to presence of benzene