NEW JERSEY – Senator Michael Doherty said a push for stricter gun laws is a weak attempt by Governor Phil Murphy to distract New Jerseyans from his many failures responding to the COVID-19 pandemic and would put rural residents at increased risk.

“Governor Murphy’s push for more gun control is an effort to divert attention from all the damage he’s done to New Jersey over the past year,” Doherty (R-23) said. “Unfortunately for the governor, he can’t escape his record of shutting down businesses unnecessarily, destroying two-million jobs, and mismanaging the unemployment system and MVC.”

Doherty noted that New Jersey already has the second strictest gun laws in the nation and the third-lowest rate of gun deaths, according to the Giffords Law Center.

“I spoke recently with a constituent from a rural community who was the victim of a home invasion,” Doherty said. “After he called for help, it took the State Police half an hour to arrive. Governor Murphy doesn’t seem to understand that many rural New Jerseyans have only themselves to depend upon in emergencies. Not everyone lives in a mansion in a wealthy enclave with police officers a few seconds away.” 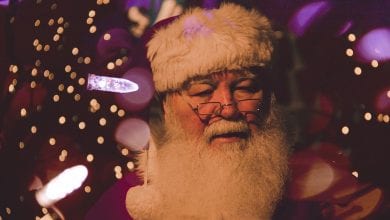 For the first time in 108 years, Operation Santa is nationwide