“Let’s be perfectly clear. Governor Murphy’s election-year budget is about protecting one job, his own,” Oroho said.

Senate Republicans have been warning since last June and July that the Murphy Administration was peddling a false doom-and-gloom financial picture despite clear evidence that New Jersey’s finances had rebounded quickly as lockdowns eased, Oroho said.

Instead of heeding our calls last spring and summer to fund urgently needed relief programs, the governor chose to sit on a growing pile of cash while one-third of New Jersey’s small businesses closed and nonprofits and families struggled, Oroho said.

“Today, Governor Murphy is doing exactly what we said he would do when the current budget, with its low-ball revenue projections, was under consideration last fall. He revealed a massive multi-billion dollar surplus, as predicted, that he’ll start spending this summer as he kicks off his reelection campaign,” Oroho said.

“It’s further proof that there was absolutely no need for the Murphy Administration to borrow $4.3 billion last November, debt that we warned was unnecessary months earlier. Don’t buy his claim that there are no tax hikes in the budget. Payroll taxes are going up this year, which will hit the paychecks of employees and employers who are already struggling,” Oroho said.

“His proposed budget would spend down billions in surplus, which won’t be sustainable beyond a single year. If Governor Murphy is reelected, it’s an absolute certainty he’ll call for tax increases next year to keep his spending spree going,” Oroho said. 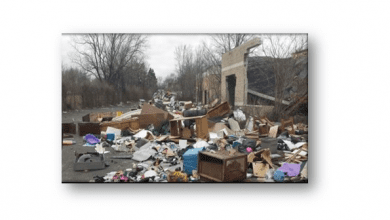 TSA screened over 10.1 million during Fourth of July weekend, advises enrollment in TSAPreCheck