“It is disingenuous of the governor to reason that his emergency powers are still required more than a year after the onset of the coronavirus,” Oroho said. “The State Legislature, as envisioned in our State Constitution, should be playing a more vital and direct role in determining the state’s pandemic response.”

“To hasten the return of normalcy in New Jersey, we need to reopen more of our economy, our schools and our society,” Oroho said. “Other states have led the way and showed how we can do it responsibly while respecting appropriate safety protocols.

“People expect government to play a critical role in helping us navigate through the pandemic, but government also must not act as a hindrance either,” Oroho said. “Besides the extensive lockdowns that have impacted so many businesses, especially small businesses, the Murphy Administration has not managed issues as effectively as it could have, ranging from problems residents are having with unemployment, motor vehicles offices, the vaccine rollout and especially protecting some of the most vulnerable in our long-term care facilities.

“Rather than remaining on the same course, the governor should be reaching out to the State Legislature for input and stop ruling by executive order,” Oroho said.

Senator Oroho is sponsor of a resolution, SCR-117, along with Senator Joe Pennacchio, proposing a constitutional amendment to limit the effective period of certain governor-issued emergency orders, rules, or regulations to 14 days unless an extension is approved by the State Legislature.

During the Senate voting session scheduled for Thursday, Oroho said he will again move to relieve the resolution from committee for a floor vote. He made the same request on February 19, but the motion was tabled by the Democrat majority on a party line vote. Senate Republicans have made repeated attempts on similar legislation, S-2482, and each motion has been tabled by the Democrat majority.

“It’s disappointing because this shouldn’t be a partisan issue,” Oroho said. “Emergency declarations were never intended for long-term use. As elected officials, our mutual objective is to provide for the public’s general welfare so the State Legislature should be having more of a say on issues that affect our constituents’ lives. The governor’s unilateral reign does not serve that vital purpose.” 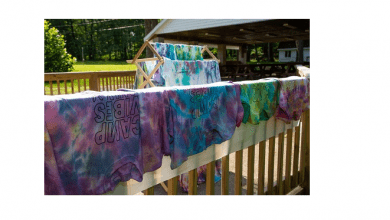 The Arc of Warren County receives $3,000 grant from the Greenwich Autism Alliance Foundation