NEW JERSEY – After Governor Murphy announced Friday another extension of the public health emergency and his intention to end it this summer if the Legislature gives him what he wants, Senator Steve Oroho criticized Muprhy for waiting too long.

“This could have been done a long time ago. There was no reason to drag this out like this,” Oroho (R-24) said. “It’s time to bring this one-man rule to an end.

“The Legislature should have been involved early on, but we were excluded, and the residents of New Jersey paid a heavy price for it,” Oroho said.

Eleven months ago, Oroho and Republican colleague Senator Joe Pennacchio sponsored a resolution (SCR-117) proposing a constitutional amendment to limit the effective period of certain governor-issued emergency orders, rules, or regulations to 14 days unless an extension is approved by the State Legislature.

Oroho is also a sponsor on another bill (S-2482) that would have restored the role of the elected Legislature during the pandemic, but the Senate Democrat majority thwarted multiple attempts by the Republican Caucus to advance both measures.

“If Trenton acted on these bills and the Governor was willing to work with Legislature all along, the state would have been in a better position right now,” Oroho said. “Murphy wanted to do it on his own, and it wasn’t fair to state residents. The pandemic could have been handled better with input from the elected representatives the people sent to Trenton on their behalf.” 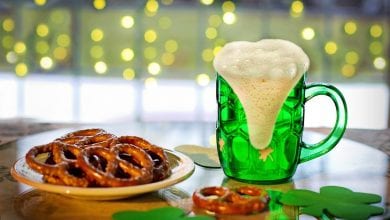