“The Murphy administration has bent over backwards to help New York collect billions of tax dollars it doesn’t deserve from the remote work performed by our residents from their homes during the pandemic,” said Oroho (R-24), the Senate Republican Budget Officer. “Now, with billions of dollars of federal transportation aid coming to the region, there’s not a peep from our governor or New Jersey’s United States senators while New York tries to steal funding from NJ Transit. Why won’t Murphy, Booker, and Menendez fight for New Jersey just as hard as New York is fighting for its taxpayers?”

According to a recent report, New York refuses to abide by a standard formula from the Federal Transit Administration that has been used previously to split regional transportation grants.

If New York gets its way, NJ Transit would lose $673 million of funding that it should receive under the federal formula to the Metropolitan Transportation Authority.

Oroho has repeatedly called for the Murphy administration to fight back against New York’s unfair taxation of New Jerseyans, which costs both the state and individual taxpayers billions of dollars annually.

“It’s beyond disappointing that Governor Murphy has been unwilling to stop Governor Cuomo from balancing his budget on the backs of New Jerseyans despite a clear opportunity to act,” Oroho said. “When New Jersey continues to project weakness, it’s no surprise that our neighbor continues to push us around. What’s Governor Murphy doing to stop any of this? Why won’t Senators Booker and Menendez do more to help resolve these disputes over federal funding and interstate taxation? New Jerseyans need our supposed leaders to stand up and fight on their behalf. Where are they?” 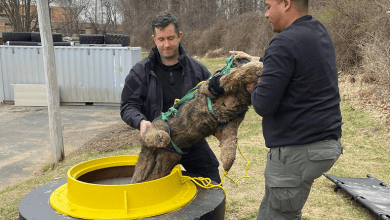