NEW JERSEY – In an effort to relieve New Jersey taxpayers faced with some of the highest property tax bills in the nation, Senator Joe Pennacchio Tuesday introduced a resolution urging the United States Congress to reinstate the unlimited state and local tax deduction (SALT).

Until the Washington capped the deduction at $10,000, the average New Jersey taxpayer was deducting more than $19,000 from their income tax.

“The SALT deduction is vitally important to state residents,” Pennacchio said. “On principal, I oppose the cap for its impact on New Jersey taxpayers. It is effectively a tax on a tax. Those in the 30 percent tax bracket will have to earn an additional $130 to pay for every $100 in lost deduction under the cap. It’s time to right this wrong for state property taxpayers, and Congress can help level the playing field.”

Pennacchio said that New Jersey is a “donor state,” providing far more federal tax money to Washington that we get back.

“For every dollar paid by residents in federal taxes, New Jersey gets back no more than 79 cents,” Pennacchio said. “It’s the lowest return of any state in the nation, and it is an atrocious abuse of our hard-working, heavily taxed state residents.”

The SALT deduction has been an option available to taxpayers in New Jersey and other states for more than a century.

“For those who live in high-tax states like ours, the cap is devastating,” Pennacchio said. “The deduction was established as an option to help offset heavy tax burdens. In New Jersey, with sky high property, income, and county taxes, the reinstatement of the full SALT adjustment is a necessity for residents struggling to remain in the state.”

NJ Labor Department has sent $24.8B to workers since COVID-19 ransacked economy one year ago 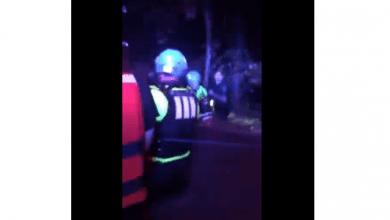