NEW JERSEY – Senator Michael Testa (R-1) introduced his breweries bill Monday in the State Senate to allow brewers more freedom and control over their small businesses which are growing jobs and opportunity across New Jersey.

“I believe that brewers building a business in our state deserve to have more say in how they run their operations because the term ‘free enterprise’ applies to them as well,” said Testa. “I look forward to working with my colleagues and with legislators across the aisle to ending these bureaucratic obstacles and fix a dysfunctional system.”

The Testa bill, S-3042, amends current law to authorize the holder of a limited brewery license to engage in an unlimited number of on-premises special events, up to 18 off-premises special events per year pursuant to a permit, and eliminates the requirement that the license holder provide a tour to a consumer prior to serving alcoholic beverages for consumption on the licensed premises.

“Small brewers across the state have made significant contributions to New Jersey’s economy, creating jobs, and helping revitalize downtown districts,” said Senator Steven Oroho (R-24), cosponsor of the legislation. “Recent regulatory changes interfere with local-based brew pubs to attract customers and make money, and this bill would remove some of the new restrictions. Trenton should be helping small business, not crushing them with unreasonable rules.”

Testa was the first Senator to speak out in opposition to the July 1 special ruling issued from the NJ Division of Alcohol Beverage Control pledging to craft legislation to address the “disastrous and destructive” edict from the Division. In the subsequent month, brewers from all over New Jersey have made their voices heard which has resulted in this bill introduced Monday.

“Brewers invest a lot in trying to operate in New Jersey and I believe that we should make the process easier and allow for these entrepreneurs to innovate and experiment to find success in our free enterprise system,” said Testa. “The famous sign on the bridge reads ‘Trenton Makes, the World Takes.’ We should ensure that our brewers have the ability to produce their product and prosper in that same spirit.” 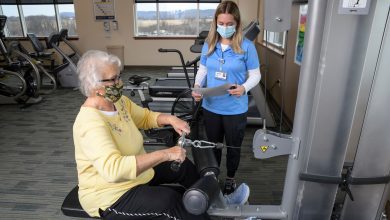 COVID care goes above and beyond at St. Luke’s Anderson

No injuries reported after garage fire in Warren County 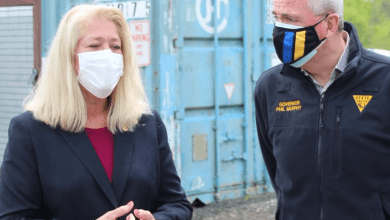