HUNTERDON COUNTY, NJ – Sheriff Fred Brown has announced that Hunterdon County will host the 20th Anniversary 9/11 Remembrance Event on the Historic Courthouse steps in Flemington on Saturday, September 11, at 8:30 a.m.

Hunterdon County First Responders who were called into emergency service at the site of the attacks will be honored, as the County traditionally recognizes all those whose lives were taken that day.

“During the 20th anniversary of the tragic events that unfolded on American soil at the hands of terrorists, not only do we pay our respects to those we lost, including the sixteen lives from Hunterdon County, but we proudly honor the men and women who ran to the scene, answering the call for help in the face of the unknown,” Brown said.

Many Rescue Units from municipalities in Hunterdon County sent Emergency Services personnel to ground zero  and other locations following the collapse of the Twin Towers.

“This year we are extending a special invitation to all county First Responders who were called to the scene at the time of the attacks in 2001 to be honored. The efforts of emergency responder crews gave families hope during a chaotic and uncertain time. We must never forget their valiant service nor the events of that tragic day,” Brown said.

The Remembrance Ceremony will include the ringing of the Historic Courthouse Bell sixteen times for each Hunterdon County life lost in the 9/11 attacks and will feature the Hunterdon Central Regional High School Choir who will perform the National Anthem.

The public is invited to join with Hunterdon County officials to honor the memory of all those who perished at the hands of the terrorists and to thank First Responders who assisted with rescue and recovery efforts. 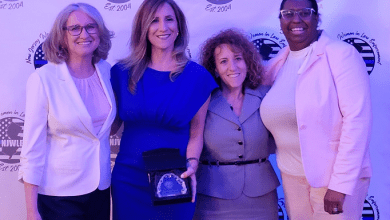