The community fundraiser marked a quarter century and honored event founder Bill Boss, a retired ShopRite of Hunterdon County executive who dedicated himself to fighting hunger and helping people in need.

All proceeds from the event benefited the Norwescap Food Bank, which provides two million pounds of food each year to local food pantries, shelters, and childcare and senior centers in Northwest New Jersey. The private, non-profit also offers educational and health services, and job training for families and individuals in need.

“Bill volunteered for many years behind the scenes to support the good work of Norwescap, and that help went beyond food donations. He understood that Norwescap needed to pay for its warehouse, delivery trucks and more. He established the Race for Hunger in 1995 to raise awareness about food insecurity and get the community involved in helping Norwescap,” said Joe Colalillo, president of the ShopRite of Hunterdon County.

“The money raised through this race – more than a half million over the last 25 years – has been vital to our efforts to meet the basic needs of individuals and families struggling to put food on the table,” said Mark Valli, chief executive officer of Norwescap.  “We are thankful to Bill for establishing the annual event and to ShopRite for carrying on the tradition each year. ShopRite is an amazing partner with Norwescap in our efforts to fight the scourge of hunger in our communities.”

Boss, who worked for the ShopRite of Hunterdon County from 1989 to 1999, was a store manager before becoming Director of Operations. Colalillo credits him with helping the company grow.

“Under Bill’s guidance and leadership we were able to create a culture that allowed us to open our third store in 1997, the ShopRite of  Greenwich. He was a great mentor to me and helped me grow both personally and professionally,” added Colalillo. “After a year without this race due to the pandemic, we are excited to once again host this special event. Now more than ever, I am honored to support this incredible cause in memory of my dear friend, Bill.”

Bill continued to work to end food insecurity during his retirement, volunteering with Norwescap and at food banks in Monmouth County before he passed away in 2020. Bill’s wife, Paula Boss, is the director of Human Resources and Training for ShopRite of Hunterdon County.

The ShopRite of Hunterdon County Race for Hunger has raised $540,000 for Norwescap over 25 years, and this year event organizers raised another $43,000 for the organization. 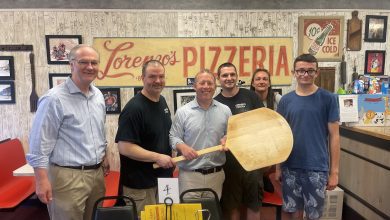 Man, 63, yelling profanities while hanging out of window charged in Washington Borough