SOMERVILLE, NJ (Somerset County) – A Somerset County man has been indicted on charges in connection to a fatal motor vehicle crash that occurred along Old York Road in Raritan Borough in September 2020, according to Somerset County Prosecutor Michael H. Robertson.

The Indictment alleges that on Friday, September 18, 2020, at around 3:30 p.m., Betyeman was operating a 2018 Chevrolet Silverado and travelling eastbound on Old York Road when his vehicle struck and killed Celeste Andresen, then age 60, of San Manuel, Arizona, Robertson said.

At the time of the collision, Andresen was utilizing a well-marked crosswalk and attempting to cross Old York Road near Woodmere Street when she was hit, Robertson said.

The Complaint further alleges that Betyeman’s blood-alcohol concentration was above the legal limit of 0.08% BAC several hours after the collision. The two counts of third-degree hindering apprehension are based on allegations that the defendant denied, separately to two police officers, having consumed any alcohol, Robertson said.

In addition to the Indictment, Betyeman has also been charged by motor vehicle Summons with driving while intoxicated, reckless driving, careless driving, and failure to yield to a pedestrian in a crosswalk, Robertson said.

Prosecutor Robertson stated Betyeman will be required by Court Rules to appear before a Superior Court Judge within fourteen days for an Arraignment on the Indictment.

Prosecutor Robertson stated if convicted of second-degree reckless vehicular homicide, he would be subject by statute to serve five to ten years in State Prison with 85% to be served without parole eligibility pursuant to the No Early Release Act. If, in the alternative, the defendant were convicted of third degree strict liability vehicular homicide, the defendant would be subject to serve a term between three and five years in State Prison. 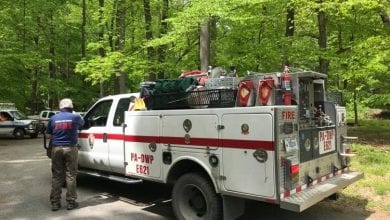