On Tuesday, November 9, at around 7:41 a.m., police responded to a 9-1-1 call reporting a disabled motor vehicle which had left the roadway on Mountain View Road, Hillsborough Township, Robertson said.

Upon arrival, officers encountered the driver, who was identified as Yuhwei Chou, 36, Skillman, and police observed two children secured in a booster seat and a baby seat in the back seat of the vehicle. Officers observed that the children were bound and restrained. No vital signs were present on the children and they were pronounced dead at the scene, Robertson said.

The children, whom authorities are identifying as Samantha Ross, 7, and Paul Ross,10 months, were the biological children of Chou, Robertson said.

“No motive has been released. An autopsy for the cause and manner of death will be performed by the Medical Examiner’s Office,” Robertson said.

Chou was charged with two counts of first-degree murder. She will be lodged in the Somerset County Jail pending a bail detention hearing following a medical clearance from an area hospital, Robertson said.

Anyone with information relating to the homicides to contact the Somerset County Prosecutor’s Office Major Crimes Unit at 908-231-7100, or the Hillsborough Township Police Department at 908-369-4323 or via the STOPit app. The STOPit app allows citizens to provide anonymous reports including videos and photos. STOPit can be downloaded to your smart phone for free at the Google Play Store or Apple App Store, access code: SOMERSETNJ. Information can also be provided through the Somerset County Crime Stoppers’ Tip Line at 1-888-577-TIPS (8477). All anonymous STOPit reports and Crime Stopper tips will be kept confidential. 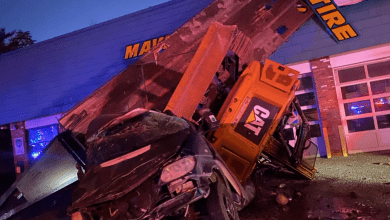 Man sentenced in connection with 2021 homicide in Morris County