BRIDGEWATER TOWNSHIP, NJ (Somerset County) – A Somerset County woman has been charged for allegedly stealing more than $75,000 from a non-profit organization in Bridgewater Township, according to Somerset County Prosecutor John P. McDonald.

McDonald said the impropriety of funds was discovered after termination of Roberts, who was the non-profit organizations, which was not identified, long time finance officer, and the matter was referred to the Somerset County Prosecutor’s Office Special Investigations Unit.

Roberts was arrested on Wednesday, July 20 at her residence without incident. She was charged and then lodged in the Somerset County Jail pending a detention hearing, McDonald said.

Anyone with information relating to this investigation to contact the Somerset County Prosecutors Office Special Investigations Unit at 908-231-7100 or the Bridgewater Township Police Department at 908-722-4111 or via the STOPit app. The STOPit app allows citizens to provide anonymous reports including videos and photos. STOPit can be downloaded to your smart phone for free at the Google Play Store or Apple App Store, access code: SOMERSETNJ. Information can also be provided through the Somerset County Crime Stoppers’ Tip Line at 1-888-577-TIPS (8477). All anonymous STOPit reports and Crime Stopper tips will be kept confidential. 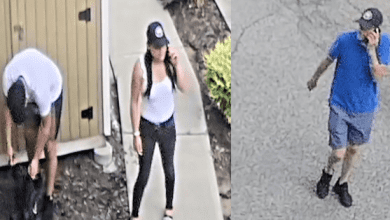