The company—22Mods4All Inc. of Longwood, Fla.—has been ordered to pay the Division of Consumer Affairs a total of $150,000 in civil penalties and another $26,996 in attorneys’ fees. In addition, the court permanently enjoined the company from advertising, offering for sale, and/or selling LCMs to New Jersey consumers. A final judgment against the company was entered on March 28, 2022.

“This case marks another victory in our continuing efforts to hold online gun dealers accountable for advertising and selling dangerous firearm products to New Jersey residents even though they are illegal in our State,” Platkin said. “We are focused on using all of the tools available to us to stem the flow of illegal guns and firearms products into New Jersey from out of state.”

LCMs allow a shooter to fire an unusually high number of bullets at a time without requiring the shooter to pause and reload. As a result, violence that involves LCMs often results in more shots fired, more innocent civilians wounded or killed, and more wounds per victim than other gun attacks.

Under New Jersey law, an LCM is defined as a box, drum, tube or other container which is capable of holding more than 10 rounds of ammunition to be fed continuously and directly into a semi-automatic firearm. Knowing possession of an LCM in violation of state law is a fourth-degree crime punishable by imprisonment for up to 18 months.

The State sued 22Mods4All in December 2019, alleging that the company had violated the Consumer Fraud Act on multiple occasions during the prior year by offering and selling LCMs to New Jersey buyers—exposing those buyers to criminal liability—and by failing to disclose that the LCMs it was selling are illegal to possess in New Jersey.

In 2021, the court granted summary judgment against 22Mods4All for twenty separate violations of the Consumer Fraud Act’s prohibition on unconscionable commercial practices – seventeen offenses for exposing New Jersey consumers to criminal liability and three offenses failing to disclose that the LCMs it was selling are illegal to possess in New Jersey.

Among other things, the court found that it was “incumbent upon 22Mods4All, doing website business and sales to New Jersey, to be cognizant of the State’s laws.” According to the court, “22Mods4All exhibited bad faith in exposing New Jersey consumers to criminal prosecution and in its failure to disclosure the exposure in the transactions.” This weighed in favor of “a substantial penalty.”

In a subsequent order, the court awarded the Division of Consumer Affairs a total of $26,996 in attorneys’ fees.

“Our State banned the possession and sale of large capacity magazines for good reason: they can help kill and injure large numbers of people in a matter of seconds,” said Division of Consumer Affairs Acting Director Sean P. Neafsey. “This company sold illegal large capacity ammunition magazines into the State, which put New Jersey residents at risk and exposed buyers to criminal liability. The seller is now paying a price, as will any firearms or ammunition seller who disregards our laws.”

The 22Mods4All case is only one example of the State’s ongoing commitment to using civil litigation as a tool to fight the scourge of gun violence.

In January 2021, the State reached a settlement with another Florida-based firearms and ammunition vendor over LCM sales. That vendor—Elite Aluminum Products Inc.—allegedly sold and delivered a total of 167 LCMs to New Jersey addresses in 69 separate transactions, including sales to an undercover state investigator. Under the settlement, Elite Aluminum (d/b/a Daytona Tactical.com and GunPartsPlus.com) agreed to pay the Division of Consumer Affairs $135,000 in civil penalties and to stop advertising, offering for sale and selling LCMs anywhere in the United States.

In September 2020, Nevada-based gun dealer New Frontier Armory, LLC, agreed to pay $50,000 and stop advertising, offering for sale, and selling LCMs to New Jersey residents as part of a settlement that resolved the State’s 2019 lawsuit against the company. New Jersey sued Patriot Armory after the vendor twice sold LCMs online to undercover State investigators, in one instance after having received a cease-and-desist letter from the Attorney General’s Office.

In March 2021, the State announced a first-in-the-nation settlement with a ghost gun seller. The settlement with James Tromblee, Jr. d/b/a U.S. Patriot Armory, resolved the State’s 2019 lawsuit for violations of the Consumer Fraud Act through the advertising and marketing of illegal ghost guns to New Jersey residents and delivery of an assault firearms kit to a New Jersey buyer. 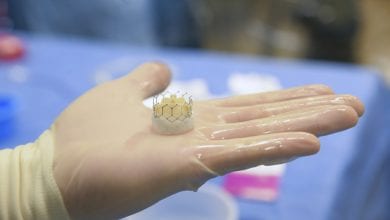