NEW JERSEY – Amid rapid inflation, consumers are turning to credit cards to help manage costs. And with the amount of credit card debt rising, cardholders are increasingly at risk of falling behind on payments. Researchers from Upgraded Points calculated the share of credit card balances at least 90 days delinquent as of the fourth quarter of 2021, then ranked states accordingly.

Access to credit is an important resource for managing personal finances, whether to pay for major purchases, serve as a bridge to cover regular expenses, or smooth out spending when something unexpected happens. But reliance on debt like credit cards can also mean racking up large balances that are hard to pay off. In the tumultuous economy of the last few years, consumers have experienced both highs and lows when it comes to credit.

Despite a spike in unemployment at the outset of COVID-19, many households fared well financially during the early phases of the pandemic. Government relief programs like stimulus checks, expanded unemployment benefits, and mortgage and student loan forbearance gave a boost to household finances, while consumers spent less due to lockdowns and concerns about the virus. This allowed debt holders to make progress toward becoming current on payments. Credit card balances in the U.S. declined by more than $120 billion in 2020 and another $28 billion from December 2020 to April 2021.

Inflation has reared its head over the last 18 months, however, putting new pressure on families. Prices for essentials like food, energy, and shelter have risen rapidly and remained at elevated levels. Savings rates, which had increased to historic heights earlier in the pandemic, are now on the decline, leaving households less in reserve to help weather the effects of inflation. As a result, consumers are turning to credit cards to help manage costs: aggregate limits on credit cards increased by $100 billion from Q1 to Q2 of 2022, while credit card balances increased by $46 billion over the same period.

Credit card debt today totals $890 billion, which still trails a pre-pandemic peak of $930 billion in Q4 of 2019. But debt has surged over the last year. Credit card debt was 9.1% higher in Q1 of 2022 than the year before and 12.7% higher in Q2. The latter figure represents the fastest rate of growth for credit card balances in nearly 20 years.

With the amount of credit card debt rising again, cardholders are also increasingly at risk of falling behind on payments. The share of credit card debt in serious delinquency remains at historically low levels after declining across 2020 and 2021. But after two straight years of decline, the percentage of newly delinquent credit card debt rose in the first two quarters of 2022, from 4.1% at the end of last year to 4.76% today.

Credit card reliance and behavior vary across the country, meaning that rates of usage and delinquency can look different by geography. Many of the states with the highest credit card delinquency rates are found in the Southeast and Southwest, which have relatively low incomes compared to the rest of the U.S. While low-income residents in these areas are less likely to have a card and tend to have lower balances, they are also more likely to struggle with paying off credit card debts.

The data used in this analysis is from the Federal Reserve Bank of New York and Experian. To determine the states with the highest delinquency rates, researchers at Upgraded Points calculated the share of credit card balances at least 90 days delinquent as of the fourth quarter of 2021. In the event of a tie, the state with the greater total credit card debt per capita was ranked higher. The percentage point change in the credit card delinquency rate was calculated by comparing Q4 2021 to Q4 of 2019.

Here is a summary of the data for New Jersey which ranked 26th: 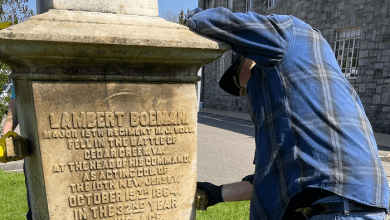