The EAB is a non-native insect pest that infests and kills all species of ash trees in North America.The adult EAB is approximately 1/2” long and 1/8” wide, metallic green in color, with a metallic copper red abdomen. The larvae are white or cream colored, measure approximately 1 to 1 ¼” long and have 10 abdominal segments that are bell shaped. The EAB has a 1-year lifecycle, according to the New Jersey Department of Agriculture.

The EAB adults emerge in May or early June creating D-shaped exit holes, 3-4 mm in size on the branches and trunks of infested trees. The female adult EAB feeds on the margins of the ash leaf. After feeding, the female EAB deposits eggs in bark crevices or under bark flaps on the trunk or bark. The adult beetle stays active until August. After the egg matures, larvae burrow under the bark and feed on the cambium – the water and nutrient transporting layer of the tree. The larvae become adult beetles in April or May.

The EAB first infest the top of the tree’s crown, which makes spotting adult beetles or exit holes nearly impossible from the ground. Woodpecker activity and damage on live trees is often an initial symptom of an EAB infestation. As EAB populations increase, crown dieback, epicormic branching, bark splits, and exit holes lower on the bole become more prevalent. Trees will only live an average of 3-4 years after infestation and 99% of ash trees will die.

Emerald Ash Borer was discovered in New Jersey in May 2014 in Somerset County.

Approximately 9% of the State’s total forested area, or 24.7 million ash trees, are susceptible to an EAB infestation. Most of the ash is concentrated in the north-western part of the state.

“We expect the area to be closed for the next few weeks,” park officials said. 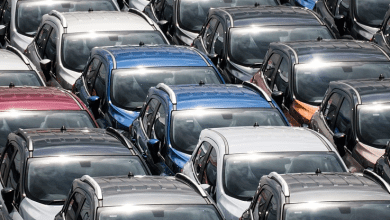