NEW JERSEY – The economy is showing many positive signs of recovery after two years of the COVID-19 pandemic, with unemployment falling and GDP growing rapidly. But despite some promising economic indicators, rising inflation remains the dominant story of today’s economy, according to a new study from HireAHelper.

According to the Consumer Price Index, one of the most commonly cited measures of inflation, prices increased by 7.9% from February 2021 to February 2022—the steepest increase in 40 years. February’s figures marked the tenth straight month with year-over-year price growth above 5%. In dollars, U.S. households are paying an average of $435 per month more for their expenses now than at the beginning of 2021.

And as rising prices put more pressure on household finances, people have been forced to turn to alternatives to pay for their expenses. According to recently collected data from the Census Bureau’s Household Pulse Survey, more than 73 million Americans—around one-third of all adults—reported having used credit cards or loans to cover regular expenses in the week prior to the survey, while 53 million have tapped into savings and nearly 28 million have borrowed. Some of these alternatives come with costs of their own, as payments toward interest for credit cards, loans, and borrowing can add even more expense to household budgets.

But inflation affects households differently, for several reasons. For one, most measures of inflation are based on the prices of a set of common consumer goods, but not all households consume equally. For example, homeowners whose mortgage payments are locked in are not feeling increases in housing prices as strongly as renters or prospective buyers, and rising prices of gas or vehicles are affecting commuters more than workers who are able to work from home. Another issue is income: when workers’ wage growth exceeds the rate of inflation, the real effect of price increases is less, but if wage growth does not keep up, workers will feel greater financial pressure.

Because of these factors, inflation also has the potential to further disadvantage households that already struggle to make ends meet. According to the same Census Bureau data, racial and ethnic minorities are more likely than white Americans to face difficulties keeping up with costs. More than 70% of Hispanic and Black Americans reported that they were struggling to pay for their usual expenses, compared to just 50% of whites, and whites were less than half as likely than any other racial or ethnic group to be behind on housing payments.

Unsurprisingly, income level also has a major effect on households’ feelings of financial struggle. More than four in five households (81.8%) earning less than $25,000 per year have faced difficulty with usual expenses and more than one in five (21.5%) reported being behind on housing payments. For households making more than $200,000 per year, those figures were 16.8% and 3.0%, respectively.

Demographic and economic disparities also affect the locations where residents are experiencing the greatest financial struggles. Many states where residents report that they are facing financial difficulties are states that have lower incomes, higher populations of racial and ethnic minorities, or both, led by Mississippi, Nevada, and Arkansas.

The data used in this analysis is from the U.S. Census Bureau’s Household Pulse Survey collected at the beginning of February 2022. To determine the states whose residents are struggling the most financially, researchers at HireAHelper created a composite index based on the following metrics:

The analysis found that in New Jersey, 63.5% of adults have had difficulty paying for usual expenses, while 37.8% have faced food insufficiency, and 21.2% have experienced a loss of income. Overall, New Jersey residents are struggling the 6th most financially.

Here is a summary of the data for New Jersey: 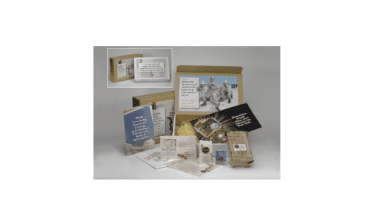