NEWTON, NJ (Sussex County) – An 80-year-old Sussex County man is facing several charges including attempted murder after he is accused of firing a handgun towards police officers and then fleeing the scene, police said.

On Jan. 25, at 1:28p.m., Newton officers received a report from an elderly man who indicated that he was suicidal and was presently within the parking garage under the Newton Town Centre complex in possession of a gun and would not provide any further information before disconnecting the call, police said.

Newton Police officers responded to the scene and located Greene sitting in a chair within the garage next to his vehicle holding a small caliber handgun to his head, police said.

Officers restricted access to the immediate area and attempted to speak to Greene who was despondent. While patrols were in the process of establishing a rapport, Greene discharged a .22 caliber handgun towards the officer’s direction on two separate occasions. Neither projectile struck any of the officers or Greene, police said.

Greene then entered his vehicle and drove from the scene despite several officers attempting to block his exit and gain entry to the vehicle as it sped away. All law enforcement protocols to ensure community safety were followed as law enforcement tracked the man, police said.

Shortly thereafter, Greene was located outside the Newton Medical Center and was still armed. Officers approached him and he was physically taken to the ground, restrained and taken into custody, police said.

“Throughout the encounter officers used exceptional restraint and no officer discharged their firearm,” police said.

A Newton Police Officer received a minor injury to his leg during the incident. He was treated at Newton Medical Center and released, police said.

Greene was transferred to Overlook Hospital in Summit, where he will seek treatment before being detained upon release, police said.

Greene’s anticipated court appearance has yet to be determined, police said.

Hunterdon County man accidentally steals car he mistook for his own 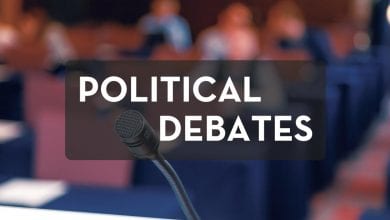