VERNON TOWNSHIP, NJ (Sussex County) – A Sussex County man has been charged after he allegedly drove a truck onto a golf course in Vernon Township.

On Saturday, April 20 police responded to the Great Gorge Country Club, located at 414 County Route 517, for a report that someone had driven on the golf course overnight and had ripped up the fairway of Quarry hole #5, police said.

The officer observed damage to Quarry hole #5 fairway consisting of large circles made by a vehicle’s spinning tires, police said.

During the course of the investigation, the officer obtained a video of the incident and identified the vehicle, a Ford F-250 and driver, Hayden Woznicki of Hardyston, NJ, police said.

Woznicki was arrested and charged on Wednesday with third-degree criminal mischief, in the amount of more than $2,000, and trespassing. 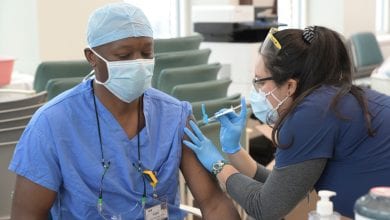