Azhar Sarwar Rana, 30, of Newton is charged by complaint with one count of bank fraud and one count of money laundering. Rana was arrested Dec. 12 after he booked a same-day flight to Pakistan; he made his initial appearance by videoconference today before U.S. Magistrate Judge James B. Clark III and was detained without bail.

According to documents filed in this case and statements made in court, Rana submitted a fraudulent PPP loan application to a lender on behalf of a corporate entity, Azhar Sarwar Rana LLC, that purportedly invested in real estate development. The application falsified payroll and tax information and included internally inconsistent listings of the number of company employees. New Jersey Department of Labor records showed that Azhar Sarwar Rana LLC paid no wages in 2019, and the minimal wages it purportedly paid in 2020 were mostly to individuals whose submitted Social Security numbers did not correspond to their submitted names.

Rana used the fraudulently obtained PPP loan proceeds to pay for numerous personal expenses, including to invest millions in the stock market, make a payment to a luxury car dealership, and send hundreds of thousands of dollars to accounts in Pakistan.

The Coronavirus Aid, Relief, and Economic Security (CARES) Act is a federal law enacted March 29, 2020. It is designed to provide emergency financial assistance to millions of Americans who are suffering the economic effects resulting from the COVID-19 pandemic. One source of relief provided by the CARES Act is the authorization of up to $349 billion in forgivable loans to small businesses for job retention and certain other expenses through the PPP.  In April 2020, Congress authorized over $300 billion in additional PPP funding.

Anyone with information about allegations of attempted fraud involving COVID-19 can report it by calling the Department of Justice’s National Center for Disaster Fraud Hotline at 1-866-720-5721 or via the NCDF Web Complaint Form at: justice.gov/disaster-fraud/ncdf-disaster-complaint-form. 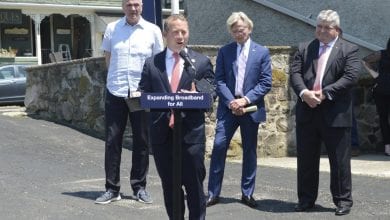 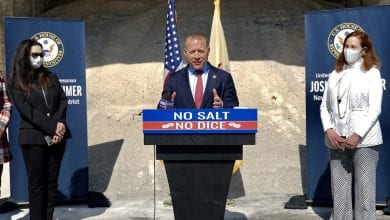 Gottheimer and the New Jersey Chamber of Commerce stand united to fight to restore the SALT deduction, invest in infrastructure

Applicants sought for Sussex County Community College Board of Trustees