In pleading guilty, Salazar admitted that he drove his vehicle recklessly in Wantage Township on May 28, 2020, and caused bodily injury to an individual, provided false information to law enforcement and called the 9-1-1 emergency system without the need for said service, Koch said.

The case was investigated by Tpr. A. Hendrix and Tpr. A. Ventura of the New Jersey State Police. 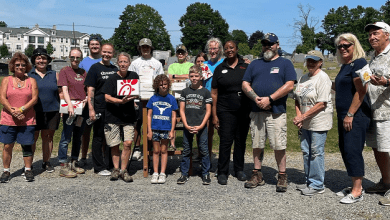