PORT JERVIS, NY (Orange County) – A Port Jervis man was charged with operating as a major trafficker for directing a controlled substance organization that sold more than $75,000 worth of heroin and fentanyl in one year, according to Port Jervis Police Chief William Worden and Orange County District Attorney David M. Hoovler.

On March 18, members of the Port Jervis City Police Department and the Orange County Sheriff’s Office Special Operations Group executed a search warrant issued by the Port Jervis City Court at McInturff’s residence located at 146 Jersey Avenue in Port Jervis. The search warrant, which was drafted with the aid of the Orange County District Attorney’s Office, was part of an investigation into the illicit sales of the narcotic drug heroin in Port Jervis, authorities said.

After a search of the residence, detectives recovered the following property,27 ounces of suspected heroin packaged for sale (7,658 packets), $2,000 in currency, and a digital scale, authorities said.

In addition to those controlled substances, another 3,500 packets of suspected heroin were recovered during the course of the investigation, authorities said.

In 2009, New York enacted the crime of Operating as a Major Trafficker to more severely penalize what the Legislature referred to at the time as “drug kingpins.” McInturff faces up to 25 years to Life in prison if convicted, authorities said.

McInturff was arraigned in Port Jervis City Court where he was remanded to the custody of the Orange County Jail without bail pending further court appearances. McInturff is next scheduled to appear in the City of Port Jervis Court on March 24, 2021, authorities said.

It is alleged that after his arraignment, McInturff attempted to escape from the custody of the Port Jervis Police Department by pushing police officers and attempting to flee. Officers were able to successfully prevent the escape after a struggle. McInturff was additionally charged with attempted first-degree escape, a class E felony, authorities said.

Port Jervis Police Chief William Worden commended his police officers and the other law enforcement agencies that assisted them and told the public, “If you see something, say something. If you suspect illicit narcotic activity is occurring in your neighborhood, please contact the Port Jervis Police Department’s confidential tips line at 845-858-4003.”

“This is a very significant seizure of narcotics, one of the largest in the history of Port Jervis, and underscores the magnitude of the opioid epidemic,” Hoovler said. “While those who are addicted to drugs need and deserve our compassion and assistance, those who profit from selling these frequently lethal substances deserve punishment, particularly those who sell large quantities for profit. I commend the City of Port Jervis Police Department, the Orange County Sheriff’s Office Special Operations Group, the Sussex County New Jersey Prosecutor’s Office and Narcotic Task Force, and the New Jersey State Police for their work on this investigation. It is only through the coordinated efforts of cooperating law enforcement agencies that large-scale narcotics operations can be stopped.” 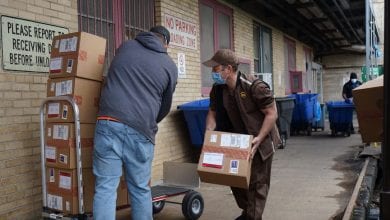 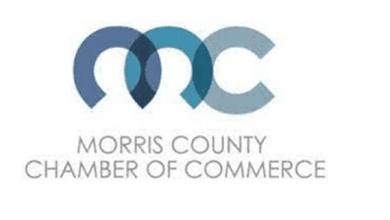