NEWTON, NJ (Sussex County) – A Sussex County woman who allegedly broke into a neighbor’s apartment before it caught fire is facing a slew of charges.

On Wednesday, Oct. 21, at around 4:08 a.m., Newton police received a 9-1-1 call for a fire at the Gateway Condos, which is located at 69-75 Sparta Avenue. Officers arrived and located a working structure fire in in an apartment, police said.

Emergency Personnel responded to the scene, evacuated the surrounding apartments and extinguished the fire. The affected apartment was unoccupied and the leasee was not home at the time, police said.

A witness provided a statement to police, explaining he was waiting on line nearby at the New Jersey Motor Vehicle Commission Office and learned that an apartment at the Gateway Condos was on fire. He attempted to make entry into the apartment and observed the window in the door of the apartment was already broken, police said.

A surveillance video from the building was obtained and viewed and it showed an individual breaking into the apartment and later exiting with items from inside the apartment prior to the fire starting. The individual was later identified as Bali Johnson, 29, of Newton and is a resident of the apartment complex, police said.

Search warrants were executed on the damaged apartment and also on Johnson’s apartment. It became evident throughout the investigation that Johnson was responsible for the damage to the apartment, police said.

Johnson was lodged in the Morris County Jail per the Criminal Justice Reform Act. 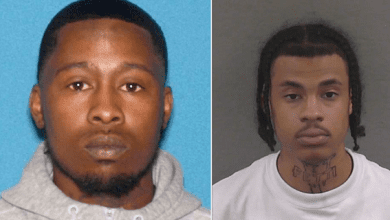