On May 6, at 9:26 a.m., a resident from Village Green Apartment Complex reported that his apartment was entered and items were taken. He also reported that his motorcycle was knocked over and spray painted while he was not home, police said.

During the course of the investigation, detectives determined that Ashley Camacho, 19, of Newton and a 17-year-old Budd Lake boy, whose name was not released, allegedly knocked over and spray painted the motorcycle, police said.

Both were charged with criminal mischief. The teen was released to a parent and Camacho was released pending a court appearance, police said.

The burglary to the apartment is still under investigation and anyone with information is encouraged to contact Detective Mark Reynolds at 973-691-0850. 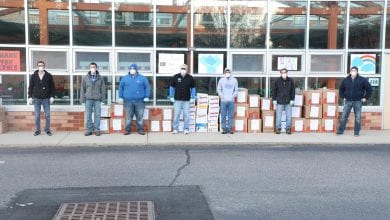