The boy, from Elizabeth, New Jersey, was swimming at the Ames-Jennings site, a small picnic area along the river on the New Jersey side of the park, when family members saw him go under the water, authorities said.

The emergency call came in at around 2:15 pm. and his body was recovered at around 3:30 p.m., park officials said.

This is the second drowning in the park this year and both were swimming in the river without a lifejacket.

On June 22, Christopher Schofield, 23, of Stroudsburg was attempting to swim across the river with two other people when he began struggling in the current which is particularly swift in this section of the Delaware, authorities said.

The other two swimmers made it to the New Jersey shore and were later rescued by volunteer rescue team members, authorities said.

Schofield’s body was recovered Saturday, June 25 from the waters of the Delaware River near Kittatinny Point within Delaware Water Gap National Recreation Area.

“Our hearts and our deepest sympathies go out to the family and friends of the victims of these tragic incidents,” said Dustin Gunderson, dive team leader. “We can’t say it enough:  wearing a properly fitted and fastened life jacket is the number one way that folks can keep themselves safe while swimming in the Delaware River.”

“Out of 103 drownings in the park since 1971, 64% were related to swimming and none of the victims were wearing a properly fitted and fastened lifejacket at the time of their death.  Twenty-four percent of all drownings have occurred during the last 2 weeks of July when temperatures and visitation are both high,” park officials said.

The Delaware River has a swift current and an uneven bottom making it easy for one to suddenly get in over their heads and get caught in the swift current below the surface, park officials said.

In addition to wearing a life jacket, park rangers and emergency service providers suggest that those seeking a break from the heat near the river stay near shore in shallower water; avoid swimming near rapids; swim at lifeguarded beaches; and always assign someone to keep an eye on everyone in their party who is in the water, especially children.

The National Par Service provides free “loaner” lifejackets for children to use while swimming at Milford, Smithfield, and Turtle Beaches. 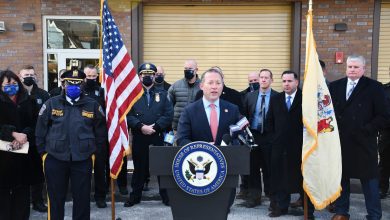 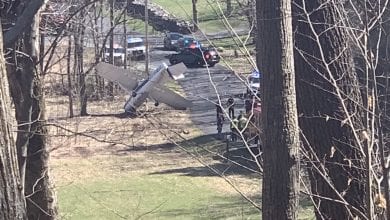