NEW JERSEY – In response to broad-reaching gun control measures announced Thursday by Governor Murphy, Senator Michael Testa and Senator Steve Oroho said the agenda is a smoke screen that fails to address violent crime in the state and instead targets the rights of law-abiding residents to legally own firearms.

Governor Murphy’s proposals include prohibiting the purchase of rifles and shotguns by those younger than 21 years old, and requiring out-of-state gun-owners moving into the New Jersey to obtain firearm purchaser IDs and register guns, the senators said.

“It is unimaginable that our state laws may one day prohibit a young man or woman who fought for our freedom in the military from owning a hunting rifle or shotgun,” Testa (R-1) said. “None of the changes announced by Murphy will impact violent criminals.

“This is just more of the same misguided attacks on guns and gun-owners that we are seeing in Democrat-controlled states across the nation. The Second Amendment and private gun rights are threatened now more than ever with a President who has publicly stated his disdain for the sacred constitutional protections afforded by our Bill of Rights,” Testa said. “Make no mistake, they are infringing on the rights of law abiding gun owners.”

In his public announcement made in Newark, Murphy said he wants to change how the state monitors the sale of ammunition, demanding manufacturers and vendors of handgun ammo maintain electronic sales records and report them to the New Jersey State Police, the senators said.

“None of the Governor’s proposals will take guns out of the hands of criminals, or make neighborhoods safer,” Oroho said. “Criminals don’t follow the law. That’s what makes them criminals.

“Murphy’s agenda seeks to harass and disarm the hunters, target shooters, and families seeking security who legally own their weapons under the protection of the Constitution, and use them safely, responsibly and considerately,” Oroho said. “Rather than going after the bad guys and taking criminals off the street, Murphy wants stricter measures that threaten to turn many good people into felons. This may be only the beginning of an all-out assault on legal firearms owners.” 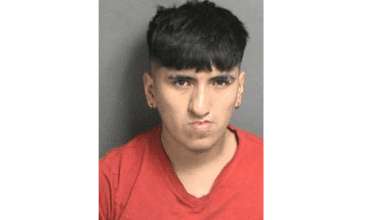 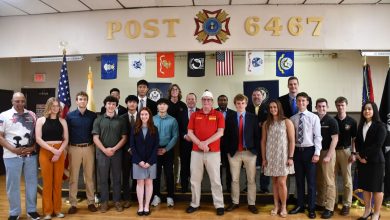