NEWARK, NJ – Three New Jersey men have been charged for their alleged roles in a conspiracy to steal luxury cars in New Jersey, New York, and Connecticut and transport them across state lines, U.S. Attorney Craig Carpenito said.

Malik Baker, a/k/a “Smack,” a/k/a “Mu,” of Vauxhall, New Jersey, 26, and Hakeem Smith, a/k/a “B.A.,” a/k/a “Hak,” 29, and Nafique Goodwyn, 26, both of Newark, were charged with conspiring to transport stolen vehicles in interstate commerce. Baker and Smith were also charged with one count of conspiring to receive stolen vehicles and one count of receiving a stolen vehicle that had crossed state lines after being stolen, and Smith was also charged with one count of transporting a stolen vehicle across state lines. Goodwyn was arrested Wednesday and made his initial appearance via video conference before U.S. Magistrate Judge Joseph A. Dickson. He will be released on $100,000 bond with home detention. Baker and Smith are currently detained on unrelated charges and will make their initial appearances in federal court at a later date, Carpenito said.

The defendants often used the stolen cars to steal additional cars, and, in one instance, they used a Maserati GranTurisimo they stole from Manalapan, New Jersey, to steal a Range Rover and a Porsche Cayenne in the early morning hours of Aug. 6, 2019 in New City, New York. When law enforcement attempted to conduct a stop of the Maserati, the Maserati accelerated and crashed head-on into a police vehicle before the suspects fled the scene in another stolen vehicle. Law enforcement recovered one of the stolen cars in a shipping container at the port in Newark en route to Ghana.

The cars stolen by the defendants have an estimated value of at least $1.5 million. 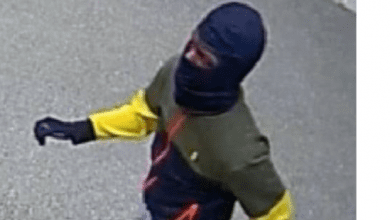