NEW JERSEY – Americans are getting sweeter than ever this Valentine’s Day.

Last year, Covid-19 struck Valentine’s Day hard, according to the National Retail Federation. Spending was down more than 20% from the previous year’s all-time high. People were struggling and there was a once in a lifetime worldwide pandemic. It was understandable.

This year, things are picking back up. The NRF is expecting a near-record breaking year with consumer spending for Valentine’s Day up nearly 10% and reaching $23.9B.

The number of people buying candy is expected to be at a new record high with 56% of consumers planning to buy candy for Valentine’s Day. Expected candy sales volume is also up and at $2.2B would be runner up only to 2020 ($2.4B).

Here are some of the key takeaways from their data.

Conversation Hearts Are Back In 2020, they were back but only a limited supply was available. As new owner Spangler hurried to get them out, they ran into some printing issues and the cute little sayings written on them were distorted and blurred. Quite a few of them were blank – no words at all.

Last year was the breakthrough. With Spangler introducing all new sayings on Sweethearts, conversation hearts made a heroic comeback in 2021. Finally overtaking their arch-nemesis Heart-Shaped Boxes of Chocolates.

M&M’s continue to gain traction. They made gains in several states throughout the country, landing a new #1 spots in Vermont.

Since introducing the Cupid’s Message M&M’s in 2017, we’ve seen a rise in M&M’s sales for Valentine’s Day. Cupid’s Mix of Valentine’s Day colored M&M’s has also been very popular. The re-introduction of White Cheesecake M&M’s helped boost them as well.

Just when we thought they were fading away, cupid corn made a comeback last year. It even claimed a new #1 state in Nebraska. Also up one spot to #2 in Michigan after falling to third place the prior year.

Here is a table with each state’s winners: 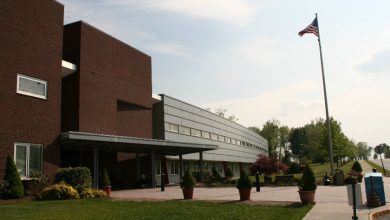 Applications being accepted for Warren Community College Trustee Board