NEW JERSEY – New Jerseyans, as many Americans across the nation, found refuge from the pandemic last year by taking to the trails – and a new survey is trying to find out more about the phenomenon.

Whether by hiking, biking or just strolling near their home, people took to the outdoors, with national counts showing a 200 percent increase in the use of outdoor trails, according to the Rails-to-Trails Conservancy.

Now, Rails-to-Trails Conservancy and the Circuit Coalition are again surveying trail-users, and are trying to tap into a broader audience to better understand what makes a trail-user feel safe or not safe as they venture out. The New Jersey Trail Council has turned to New Jersey’s county park officials, outdoor groups and environmental organizations, urging them to share the link to the trail survey for 2021.

The survey, which takes 10 minutes to complete, may be found at: www.surveymonkey.com/r/trailsafety.

Rails-to-Trails Conservancy and the Circuit Coalition are asking, in part, what safety means and how past experiences, both on and off trails, have shaped trail-users’ perceptions.  The survey also is trying to gauge whether safety concerns or negative experiences are based on being discriminated against because of personal identifying characteristics.

Last year’s survey indicated 66 percent of respondents were getting outdoors as much or more than they were prior to the COVID-19 pandemic, many to reduce stress.  The 2020 survey also indicated there was an overwhelming demand for safe places to walk and bike nationwide.

Other results from last year’s survey of 1,980 respondents, released by Rails-to-Trails Conservancy in June 2020, include:

Rails-to-Trails Conservancy is the nation’s largest trails organization, with a grassroots community of more than 1 million. It is dedicated to connecting people and communities by creating a nationwide network of public trails, many from former rail lines. 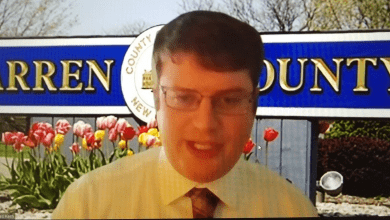