On July 29, township police responded to a fight in progress at the Quick Chek Gas Station on Route 206. When the officers arrived, the investigation revealed that the victim and the accused, who was identified as Paul R. Marcisak Jr. of Byram, had an argument over a turn signal not being used while both were traveling in their vehicles, police said.

The argument turned physical when Marcisak Jr. allegedly struck the victim several times while the victim was in the passenger seat of the vehicle he was traveling in, police said.

Marcisak Jr. was arrested and charged with simple assault. He was then released pending a mandatory Andover-Joint Municipal Court appearance, police said. 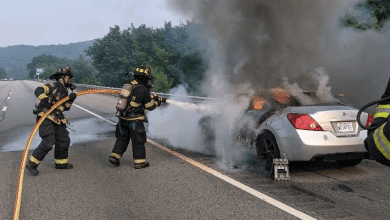