MORRISTOWN, NJ (Morris County) – Two California men entered guilty pleas in connection to the trafficking of heroin and fentanyl in September 2018 in Netcong, according to Morris County Prosecutor Fredric Knapp.

Vantwuan D. Williams, 45, with a last known address in Victorville, California, entered a guilty plea on Wednesday to first-degree possession with intent to distribute five ounces or more of heroin. The prosecutor’s office will recommend that he be sentenced to 12 years in state prison with a forty-nine month parole disqualifier, Knapp said.

Earl Haggens, age 53, with a last known address in Los Angeles, California, entered guilty pleas on Wednesday to first-degree possession with intent to distribute five ounces or more of heroin and second-degree financial facilitation of criminal activity. The prosecutor’s office will recommend that he be sentenced to 15 years state prison with a sixty month parole disqualifier, Knapp said.

In pleading guilty, Williams and Haggens allegedly admitted to trafficking a large amount of heroin with the intent to distribute the same.  Additionally, Haggens allegedly admitted that the US currency seized from within the tractor-trailer both men possessed on Sept. 18, 2018, was derived from criminal activity; specifically, the trafficking of narcotics, Knapp said.

Williams and Haggens continue to be lodged at the Morris County Correctional Facility.

“Fortunately the proactive efforts by Netcong Borough patrol officers halted the distribution of what could have been hundreds of thousands of individual heroin/fentanyl doses. Our community was made safer by this significant narcotics seizure. I want to thank the Morris County Narcotics Taskforce for their significant efforts in investigating these drug traffickers and bringing this case to a successful conclusion,” Knapp said. 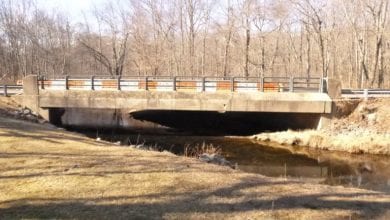 5 charged, $50K worth of heroin seized