In December 2020, while investigating alleged drug activity in Passaic County, detectives from the New Jersey State Police Trafficking North Unit, as a part of the New Jersey State Police Opioid Enforcement Task Force, in coordination with the Drug Enforcement Administration – New Jersey Division, determined that two fentanyl-based pill mills were being operated out of residences on East 30th Street in Paterson and Monroe Street in Passaic, authorities said.

As a result of the operation, detectives identified Kendry Lopez, 31, and Kelvin Lopez, 26, both of Paterson, N.J. as the suspects, authorities said.

On February 25, detectives approached Kendry Lopez, after they observed him exit the Paterson residence. During the investigation, detectives discovered that Lopez was in possession of 300 grams of fentanyl, authorities said.

A short time later, detectives with the Trafficking North Unit and Trafficking Central Unit along with members of the State Police Crime Suppression North and Hazmat Units executed search warrants at the residences and a storage unit in Elmwood Park, N.J, which resulted in the seizure of additional narcotics and packaging materials. Katherine Batista, 29, of Elmwood Park was arrested without incident at the Paterson residence and Kelvin Lopez was arrested without incident at the Passaic residence, authoress said.

As a result of the operation, the New Jersey State Police and law enforcement partners seized:

“Whether it is sold as heroin, mixed with heroin, or distributed in counterfeit oxycodone pills as alleged here, the fentanyl distributed by drug dealers is often a death sentence for users because of its lethal potency and the imprecise way that doses are prepared,” Grewal said. “As fentanyl continues to claim hundreds of lives each year in New Jersey, we’re redoubling our efforts to lock up those responsible for the illicit supply of this deadly opioid.”

“By dismantling these two mills, we disrupted major distribution networks responsible for peddling fentanyl, which is one of the most lethal opioids in existence, in the form of pills that could easily be mistaken for legitimate medication. We know that even just a trace amount of fentanyl coming into contact with skin can be deadly to anyone who comes into contact with it. By shutting down these mills, lives were undoubtedly saved,” Callahan said. “The success of this operation is testament to the dedication and work ethic of the members of the Opioid Enforcement Task Force. We will continue to work with our partners to aggressively target those who seek to profit from these lethal narcotics.”

“Given the kilograms of bulk fentanyl and the roughly one thousand fentanyl-based pills that were seized, we’re confident this operation saved lives,” said Director Veronica Allende of the Division of Criminal Justice. “I commend the New Jersey State Police, the DEA, and our attorneys in the Division of Criminal Justice Gangs & Organized Crime Bureau. Despite the challenges presented by the COVID pandemic, we are continuing full force in our collaborative efforts to arrest the drug traffickers who are fueling the deadly opioid epidemic in New Jersey.”

“Those arrested in this investigation were contributing to the opioid crisis that New Jersey has been facing for many years now,” said Special Agent in Charge of the Drug Enforcement Administration’s New Jersey Division Susan A. Gibson. “By pressing the deadly fentanyl powder into pills, unsuspecting customers seeking to purchase prescription pharmaceuticals have no idea what they are actually taking. This increases the chances of overdose or death. The arrest of these individuals has saved lives and made the community a little bit safer.”

Since 2018, the Attorney General’s Office and the New Jersey State Police have collaborated on groundbreaking initiatives focused on combating the opioid crisis. This investigation is part of a broader strategy being implemented by the New Jersey State Police Opioid Enforcement Task Force and the Division of Criminal Justice, which reflects a shift in how the state is investigating and prosecuting opioid cases. One of the major methods in tackling the opioid crisis has been to identify and disrupt chokepoints in the drug supply by neutralizing heroin mills across the state.

Investigations and intelligence show that, in some cases, a large number of overdose deaths can be traced back to a single source, often a supplier who indiscriminately mixes fentanyl with heroin. By focusing on identifying and shutting down these sources, the state is leveraging its resources to have a maximum impact in choking off the supply line of deadly opioids and reducing overdoses and fatalities. 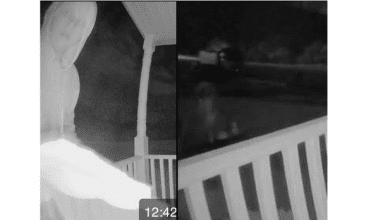