Coleman Holden, 51, of East Orange has been charged with third-degree burglary and third-degree theft by unlawful taking in relation to the May 9 gas station burglary, Robertson said.

Both were lodged at the Somerset County Jail pending a bail detention hearing in this matter, Robertson said.

On Thursday, April 15 at around 6:23 a.m., North Plainfield police responded to a 9-1-1 call reporting a burglary of a gas station located on Route 22. The investigation revealed that the suspect forcibly opened the door to the office and stole an undisclosed amount in cash, a case of black and mild cigars and jumper cables while causing approximately $10,000.00 worth of damage to the office during the burglary, Robertson said.

On Sunday, May 9 at around 10:06 a.m., North Plainfield Police responded to a 9-1-1 call reporting a burglary of a gas station located on Route 22 in North Plainfield. The investigation revealed that the suspect forcibly pried open a glass door causing the glass to break to gain entry to the convenience store portion of the gas station. The suspect stole an undisclosed amount of cash, over $800.00 worth of lottery tickets and over $400.00 of Newport cigarettes while damaging the door, a shelf and the ATM machine while attempting to pry it open. A second suspect was also present for the burglary. During the burglary, the second suspect entered the garage area and stole a backpack leaf blower from the garage, Robertson said.

Detectives from the Somerset County Prosecutor’s Office Major Crimes Unit and North Plainfield Police Department conducted investigations into both burglaries. As a result of this investigation, Ahmad was identified as the individual involved in both the burglary that occurred on April 15 as well as the burglary that occurred on May 9. Holden was identified as the second suspect in the May 9 burglary, Robertson said.

On May 17, Ahmad and Holden were taken into custody in Newark, New Jersey by Detectives from the Somerset County Prosecutor’s Office Major Crimes Unit and the North Plainfield Police Department without incident, Robertson said.

Anyone with information relating to the burglaries to contact the Somerset County Prosecutors Office Major Crimes Unit at 908-231-7100 or the North Plainfield Police Department at 908-769-2937 or via the STOPit app. The STOPit app allows citizens to provide anonymous reports including videos and photos. STOPit can be downloaded to your smart phone for free at the Google Play Store or Apple App Store, access code: SOMERSETNJ. Information can also be provided through the Somerset County Crime Stoppers’ Tip Line at 1-888-577-TIPS (8477). All anonymous STOPit reports and Crime Stopper tips will be kept confidential.

Nine named to Centenary University Board of Trustees 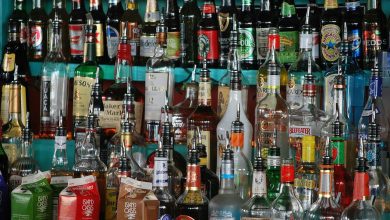