On March 21, at around 12:17 a.m., police responded to the area of 29 Holland Brook Road for a report of a truck that ran off the road and struck a tree, police said.

Officers arrived on scene and observed Delbert Davis, 49, of Readington Township standing outside his vehicle and was then arrested. He was charged with driving while intoxicated, careless driving and failing to maintain lane, police said.

Then at around 1:59 a.m., police responded to an overturned motor vehicle accident at the intersection of Route 523 and Willow Court, police said.

The driver, who was later identified as Brian Cromen, 44, of Branchburg Township, fled on foot and was then located at a residence on School Road, police said.

Cromen was charged with DWI, careless driving, leaving the scene of an accident and failure to report an accident, police said. 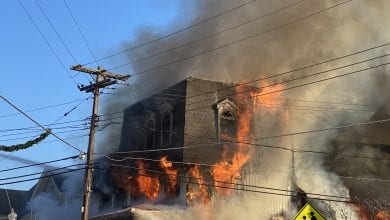