MORRIS COUNTY, NJ – Morris County’s Complete Count Committee, headed by the county’s Office of Planning and Preservation, was honored with a plaque by the U.S. Census Bureau for receiving the highest return rate in New Jersey while trying to obtain a complete and accurate count of Morris County’s population during the 2020 Census.

Morris County hit a 78.5 percent count rate, and the award was noted last night by the Morris County Board of County Commissioners, as they praised the work of County Planning Board Vice Chair Isobel Olcott and Joseph Barilla, Director of the county Office of Planning and Preservation. Olcott spearheaded the committee, which included some Commissioners, members of the county administration, various county departments, two large healthcare organizations and many non-profits.

“Not only did they have the number one return rate, they did it during a pandemic,” said Director Commissioner Stephen H. Shaw, as he displayed the plaque during a live-streamed board work session. “I’m glad the United States Census was able to recognize our hard work.”

“We had a great time working together. Everybody got along famously in a difficult year, and thank you Director Commissioner Shaw for the recognition. We really appreciate it,” said Olcott.

A complete and accurate count of residents is important to Morris County getting a fair share of federal and state aid over the next decade, and it helps to determine the number of Congressional seats New Jersey maintains.

More than 300 federal spending programs rely on data derived from the Census to guide the geographic distribution of funds to states, counties, cities and households. Programs that are vital to Morris County, such as transportation projects, bridge repairs and replacements, environmental programs, Medicare, assistance to older residents and children, housing programs and community programs, among others, are dependent on federal aid. Businesses and industries also use Census data to help determine where to locate their stores  and franchises, bringing in new and important jobs.

Barilla explained that, due to the pandemic, the count committee relied heavily on a social media campaign to encourage residents to participate. However, other efforts were employed, including inviting the public to ice cream truck events in downtown areas, mailing post cards, posting billboards on trucks, placing signs around the county, using media advertising and developing stickers and handouts. 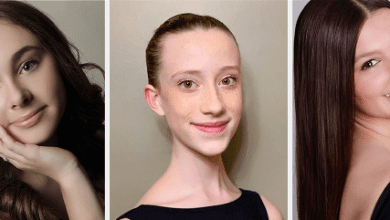