NEW JERSEY – New Jersey saw another 140,139 unemployment claims filed this week, as the number of weekly payments increased to 556,000 — a 560 percent jump from a year ago.

The Labor Department has distributed $1 billion in unemployment benefits since the COVID-19 pandemic began in mid-March.

For the second week in a row, the number of new weekly claims hovered around 140,000 after two weeks in which the weekly volume of claims topped 200,000. The first full week of the COVID-19 pandemic, the number of new claims rose more than 1,600 percent, to nearly 156,000 new claims for the week of March 15.

More than 858,000 workers have filed for unemployment since March 15.

Last year at this time, New Jersey had just over 84,000 workers collecting unemployment.

The weekly totals of new unemployment claims for each of the past seven weeks are as follows:

*This represents the final number for the week ended April 18. The number listed for NJ by US Department of Labor – 139,277 – is based on advanced reporting.

“Our top priority has always been to get benefits into the wallets of everyone who deserves them as quickly as possible,” said Labor Commissioner Robert Asaro-Angelo. “We are working diligently on getting federal benefits to independent contractors, freelancers and self-employed workers whose incomes have dried up due to COVID-19, and continuing to reduce the number of claims requiring an agent review, so we can pay those workers quickly without running afoul of  U.S. Department of Labor requirements.”

Flooded with unemployment applications like other states, New Jersey’s Labor Department is working hard to implement the processes to administer Pandemic Unemployment Assistance and a companion program that offers a federal extension of benefits to those who have exhausted their 26 weeks of state unemployment.

Earlier this week, the Labor Department posted simplified guides for independent contractors/freelancers/self-employed that explain the benefits and walk them through the application process.The Labor Department urges workers in this category to read both guides before submitting their application to avoid delays.

New Jersey workers collecting unemployment also received their second $600 supplemental weekly benefit deposited in their accounts. The second supplemental payment was for the week ending April 11th; this additional benefit will continue weekly through the end of July.

Upwards of 92 percent of new unemployment applications are being filed online at myunemployment.nj.gov, which the Labor Department recommends. The department also continues to backdate claims to ensure that no one loses a week of benefits, even if they haven’t been able to contact an agent.

It’s important to note that anyone who refuses work or voluntarily quits a job is ineligible for unemployment.

The state paid $604 million in unemployment benefits for the seven-week period from March 2 through April 17. Additionally, approximately $394 million in supplemental payments has reached unemployed New Jersey workers in the past two weeks.

The breakdown of weekly payouts is as follows: 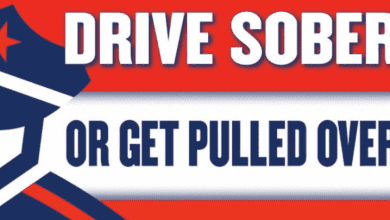