WASHINGTON TOWNSHIP, NJ (Warren County) – Todd S. Warner who was wanted for questioning in the homicides of Frank N. Warner and Joyanne J. Warner of Washington Township is now in custody.

Authorities said he was in custody as of 4:26 p.m. on Monday. He has active warrants for credit card theft and motor vehicle theft, police said.

On Oct. 27 at around 5:45 p.m., police responded to a report of an unconscious person in the first block of Peregrine Drive, police said.

When officers at the home they located 73-year-old Joyanna J. Warner and 73-year-old Frank N. Warner deceased inside the residence, police said.

The motive and circumstances remain under investigation; however, it appears to be an isolated incident, police said. 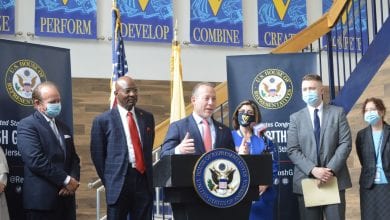