WASHINGTON TOWNSHIP, NJ (Warren County) – A Phillipsburg man who escaped police custody Wednesday afternoon has been caught, according to police.

Joshua Groff, 38, was under arrest at Washington Township Police Station, located at 211 Route 31, for narcotics related charges. While in custody, Groff manipulated his handcuffs and escaped on foot at around 1:12 p.m., police said.

Groff was located at around 2:50 p.m. hiding in a wooded area behind the Hickory Hill Motel, located at 276 Route 31, and after a brief foot chase he was taken into custody, police said.

Groff was charged with narcotics offenses and escape. He was lodged in the Warren County Correctional Facility.

“There was never any danger to the community as the suspect was not armed or deemed to be dangerous,” police said. 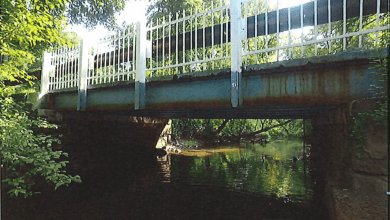 Two charged with soliciting without a permit in Hunterdon County