FLEMINGTON, NJ (Hunterdon County) – Fifty seven Hunterdon County Veterans who received the county’s recognition medal this year, including an Air Force fighter pilot originally from the county who spent nearly six years as a prisoner of war in Vietnam, were honored by the county’s elected officials in a ceremony on Veterans Day, November 11, livestreamed from the Historic Courthouse.

The County’s first ever virtual Veterans Medal ceremony was necessitated by postponement of the Hunterdon 4H Fair where the medal ceremony usually takes place. Instead, medals were distributed individually to Veterans on their doorstep, over the course of the fall, to protect their health.

Freeholder Board Director Shaun C. Van Doren and Deputy Director Sue Soloway participated in distributing medals to the Veterans’ homes and in the ceremony program.

Soloway, the Board’s Veterans Liaison, stated while presenting the service record of some of the Veterans, “We believe that it is most fitting for the rescheduled ceremony to be on Veteran’s Day. I had the great honor to meet some of these Veterans when I joined the County’s Veterans Service Office Rich Booth in the distribution of the medals to their door step.”

Master of Ceremonies Dan Torrone gave special recognition to the large contingent of Vietnam Veterans who were part of the 2020 medal class, stating, “To our Vietnam Veterans, if you haven’t been told before and even if you have, on behalf of Hunterdon County’s elected officials, the people of Hunterdon County, and me, thank you and welcome home.”

Chris Soldano of Raritan Township, a Marine who served three tours in combat in Iraq and is presently the State Judge Advocate for the Marine Corps League, served as special guest speaker for the event. Soldano said, “I am proud to have served and proud to continue to serve. I experienced a bond with fellow Marines that after retiring I missed. Helping Veterans while serving with the Marine Corps League provides me with that same camaraderie and connection.”

Freeholder John E. Lanza presented a special tribute to Colonel Joseph Milligan, who is originally from Union Township, an Air Force fighter pilot who flew 113 missions in Vietnam and was imprisoned for five years and nine months as a Prisoner of War in North Vietnam.

Lanza read from Colonel Milligan’s Silver Star citation, “ignoring international agreements on treatment of prisoners of war, the enemy resorted to mental and physical cruelties to obtain information, confessions, and propaganda. Colonel Milligan resisted their demands in a manner which reflected his devotion to duty and great credit upon himself and the United States Air Force.”

“His amazing and heroic service record is far too long to extoll during these proceedings. Colonel Milligan is the classic definition of American exceptionalism,” Lanza said.

County Clerk Mary Melfi, Sheriff Fred Brown, Acting Prosecutor Michael Williams joined the Freeholders in presenting biographical sketches of the honorees, as photos of the Veterans being presented with their county medals at their homes, and from the time in service, were flashed on the screen.

The bell at the Historic Courthouse in Flemington was tolled in honor of Veterans, a tradition begun in 2018 commemorating the 100th anniversary of the end of World War I. As a further commemoration of Veterans, during the evening hours the Courthouse was lit up with red, white and blue lighting.

Torrone closed the ceremony, saying, “We look forward to bringing this Veterans Recognition Program back to an in person event next August at the Hunterdon County 4H and Agricultural Fair.”

2 in critical condition after single-vehicle crash in Sussex county 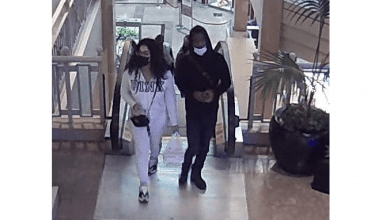