MANSFIELD TOWNSHIP, NJ (Warren County) – A New York man wanted for several high-dollar thefts was arrested after fleeing from an off-duty Roxbury Township police officer and then running into the woods in Mansfield Township.

On July 16, police received a phone call from an off-duty Roxbury Township police officer who was at the Home Depot and observed a wanted person. Anthony Webb, 34, was wanted out of several jurisdictions for high-dollar thefts, police said.

The off-duty officer observed Webb placing merchandise in a garbage can in his shopping cart. He then left the store without paying for the items and when he reached his car the off-duty officer stopped him and identified himself, police said.

Webb observed uniformed officers approaching and took off running and ended up in the woods behind the Home Depot. The off-duty officer was able to gain control of the man and walked him out of the woods where he was taken into custody, police said.

Webb was charged with third-degree shoplifting, resisting arrest and possession of stolen property. He was held until Roxbury Township police arrived to serve him with their complaints and was then transported to the Warren County Jail pending a court appearance, police said. 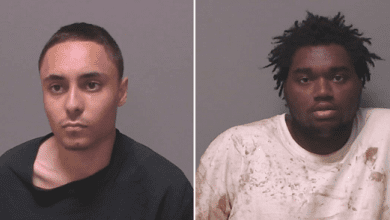