FLORHAM PARK BOROUGH, NJ (Morris County) – A Warren County man is accused of causing a crash while on suspected fentanyl.

On Saturday, Nov. 26, shortly after 2:00 a.m., officers responded to the intersection of Brooklake Road and Crescent Road for a motor vehicle crash, authorities said.

Both vehicles were disabled from the collision after a Jeep was determined to have ran a stop sign, struck the right-of-way vehicle, and crashed through a fence before disabling on a resident’s lawn, authorities said.

The driver of the Jeep, who was only identified as a 37-year-old male of Washington Township, Warren County, was arrested following the on-scene investigation in which it was determined he was under the influence of suspected fentanyl, authorities said.

The driver allegedly lied about his identity and once officers figured out who he was, it was realized he had two outstanding criminal warrants for separate accusations of theft of a motor vehicle and residential burglary, authorities said.

The Jeep was later discovered to have been stolen a few days prior from Denville Township, authorities said.

He was charged with third-degree receiving stolen property, fourth-degree hindering apprehension, being under the influence of narcotics without a prescription, and possession of drug paraphernalia. He was also issued motor vehicle summonses for failure to stop at stop sign, reckless driving, careless driving, failure to possess required documents, being an unlicensed driver, having fictitious license plates, possession of CDS in a motor vehicle, and driving under the influence.

He was later lodged in the Morris County Correctional Facility on Florham Park’s warrant and the 2 additional outstanding criminal warrants. 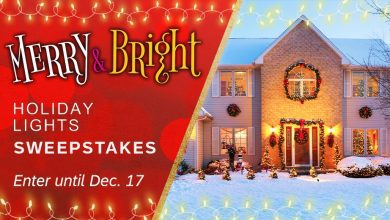 AAA: Drivers find relief at the pump, for now