Rocco A. Malanga, 48, of Mansfield Township is charged with one count of wire fraud, two counts of bank fraud, and one count of money laundering. He made his initial appearance by videoconference Thursday before U.S. Magistrate Judge Joseph A. Dickson and was released on $750,000 unsecured bond.

According to documents filed in this case and statements made in court, Malanga used a variety of false statements to fraudulently obtain approximately $1.8 million in federal COVID-19 emergency relief funds meant for distressed small businesses.  Malanga submitted at least three PPP loan applications on behalf of three different business entities that fabricated their number of employees and average monthly payroll. He then diverted the PPP loan funds to accounts under the control of his relatives, including his minor children, and to another company that did not obtain a PPP loan.

In one instance, Malanga submitted a PPP loan application on behalf of one of his companies that had supporting documentation that claimed that the company had 47 employees, a monthly payroll of $324,081, and paid employees approximately $3.9 million in total compensation for 2019. Contrary to this documentation and these representations, IRS records showed that the company paid no salaries or wages in 2019.

Based on Malanga’s alleged misrepresentations, the three PPP loans were funded. As a result, Malanga received a total of nearly $1.8 million in federal COVID-19 emergency relief funds meant for distressed small businesses.

The Coronavirus Aid, Relief, and Economic Security (CARES) Act is a federal law enacted March 29, 2020. It is designed to provide emergency financial assistance to millions of Americans who are suffering the economic effects resulting from the COVID-19 pandemic. One source of relief provided by the CARES Act is the authorization of up to $349 billion in forgivable loans to small businesses for job retention and certain other expenses through the PPP. In April 2020, Congress authorized over $300 billion in additional PPP funding.

Anyone with information about allegations of attempted fraud involving COVID-19 can report it by calling the Department of Justice’s National Center for Disaster Fraud Hotline at 1-866-720-5721 or via the NCDF Web Complaint Form at: https://www.justice.gov/disaster-fraud/ncdf-disaster-complaint-form. 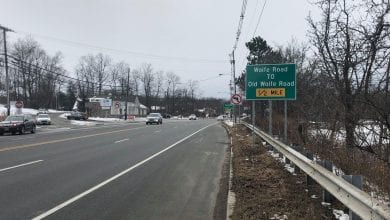