WARREN COUNTY, NJ – Four projects to refurbish historic structures throughout Warren County have been awarded grants totaling more than a half million dollars.

The Warren County Board of County Commissioners awarded four grants totaling $541,976 that were recommended by the 12-member Municipal and Charitable Conservancy Trust Fund Committee (MCCTFC).

The grants are funded through the County’s Open Space Trust, which is supported by a voter-approved dedicated tax. Since the program began, 162 grants have now assisted local historic and open space projects in each of Warren County’s 22 municipalities.

“I want to thank the applicants for all of their hard work and the Committee members for generously volunteering their time to review the applications, visit the sites and thoughtfully consider the merits of each.” said Corey Tierney, Director of Land Preservation. “I also want to thank the County Commissioners for continuing to support this program. Warren County boasts so many great historic treasures – it’s wonderful to see our community restoring these sites.”

The commissioners, who gave unanimous support to the funding recommendations, all spoke in favor of the county’s preservation efforts.

“As we continue to support historic preservation in Warren County, we strive to make sure we have a program that is useful to the public,” Commissioner Director Jason J. Sarnoski said. “We will continue to monitor these projects closely to make sure the county tax dollars allocated to these structures are spent in the most beneficial and efficient way.”

“Many thanks to Corey Tierney and the MCCTFC members for helping us preserve the history of Warren County through this grant program,” County Commissioner Lori Ciesla said“Our preservation efforts are what keep this county beautiful.”

“In each corner of Warren County, there are incredible sites to explore,” Kern said. “Thanks to the work of many organizations and volunteers, these projects remain fantastic places to visit. I encourage residents and visitors alike to visit these gems!”

The following projects have been approved:

Erected as a water-powered grist mill in 1863, the stuccoed-stone gambrel-roofed building was converted to the production of graphite in 1895 by Harry M. Riddle, founder of Asbury Graphite Mills, Inc. whose modern production facilities stand directly across the Musconetcong River. The Mill remained in use into the 1970s, well after most graphite processing was moved across the river in what is now Asbury Carbons.  In 1999, the Musconetcong Watershed Association (MWA) was gifted the Mill by the Riddle family with the hope of seeing it restored. A nonprofit organization formed in 1991 to protect and enhance the Musconetcong River and its related resources through educational programs, scientific research and restoration projects, the MWA will repurpose the restored Mill as an interpretive center and convening space. 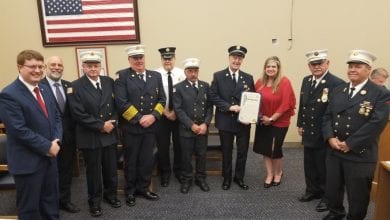