WARREN COUNTY, NJ – The Warren County’s freeholders are taking a stand against the exclusive use of mail-in ballots in this November’s election and future elections. The freeholders are urging the Secretary of State and County Clerks to utilize in person voting in conjunction with mail-in balloting.

“I realize people’s concern as we’ve been fighting coronavirus in the county,” Freeholder Jason J. Sarnoski said. “This does not mean that people will not have the option to vote by mail.”

The resolution unanimously adopted at their August 12 meeting opposes running an election with all mail-in ballots, he said.

“People who cannot get out to vote or with concerns about voting in person will be able to request absentee ballots,” Sarnoski said. “A stance his freeholder colleagues also backed.”

“I think there’s a middle ground here that the Governor can consider,” Freeholder James R. Kern III said, noting that vote-by-mail is available. But sending ballots to everyone registered to a political party in the primary was problematic, and resulted in a large amount of returned mail, Kern said.

The state could consider other options to conduct a safe election during the pandemic, including having multiple days of voting as well as absentee ballots, Kern said.

“To just push this through and not work with our county clerks on this matter, the people who are the front line of this issue, is wrong,” Kern said.

Freeholder Director Richard D. Gardner said the possibility of staging voting to reduce crowding at polling places, in addition to requesting absentee ballots. But “to do a blanket mail-out is a little bit precarious,” Gardner said, resulting in a burden on county election offices. Moreover, “people move, people pass on,” and a mass mailing of ballots results in problems, he said.

“We have a Vote By Mail program in place for those who do not want to or cannot vote in person. We have Social Distancing guidelines and appropriate PPE (personal protective equipment) for both our poll workers and the public to keep everyone as safe as possible. Warren County voters should have the right to choose how they want to vote in the upcoming Presidential Election, period. I applaud the Freeholders for approving this resolution and encourage the Governor to take the will of the people he serves into consideration,” Warren County Clerk Holly Mackey said. 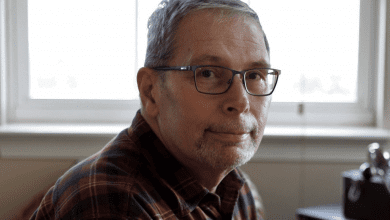