MANSFIELD TOWNSHIP, NJ (Warren County) – A Warren County man was arrested last month and is accused of hitting and kicking his niece in Mansfield Township.

On July 24, at 5:51 p.m., township police responded to a residence on the report of an assault. It was determined that a 34-year-old man, whose name was not released, from Independence Township had assaulted his 18-year-old niece during an argument, police said.

The victim told police that he had thrown her to the ground and then hit and kicked her. The victim’s mother pulled him off her and he then left the apartment, police said.

An officer located him walking in the area and he was arrested. He was charged with simple assault and lodged in the Warren County Jail pending a court appearance, police said. 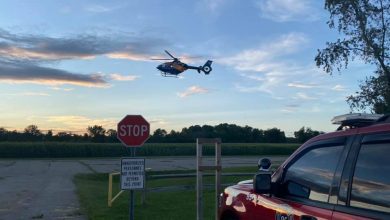 Bicyclist struck by deer, is flown to hospital